Identifying identity is tricky. As we grow, it seems to me that we are bombarded with influential concepts of who we are, who we might want to be, and how to be – from our families, communities, media, school environments, and everything around us. From a young age we’re tasked with piecing together these concepts, often shedding some more than others, or adopting ones that may counter our earlier identity concepts. This has been on my mind as of late, during this time when we celebrate Indigenous People’s day at Hilltop, and are in the season of Thanksgiving.

As a child, Thanksgiving was a favorite holiday of mine. It meant delicious food made by my aunts and grandma, playing football in the street with my cousins and uncles, and of course creating most excellent pilgrim hats and Indian headbands from construction paper. I must say, when it came to making those headbands and feathers I was the Vera Wang of my elementary school. My classmates flocked to me for my precisely cut construction paper feathers, and exact head measurements. I also like to say that I came up with the idea to put a little bit of tape over the staple that bound the headband so that hair wouldn’t get caught. 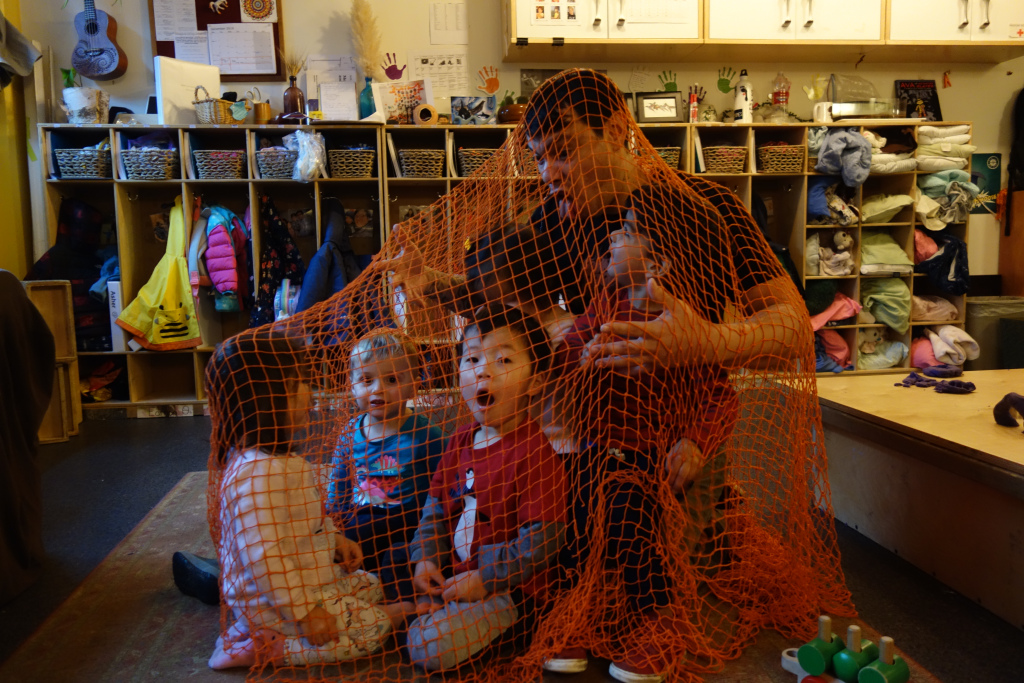 ​
One Thanksgiving, around the time I was eight years old my great grandma, Jesse, sat me and some of my cousins down and explained to us that we were not just of Mexican descent, but also of Chumash Indian descent. I came to find out she was half Chumash. This was joyous news to me because at that time I did not want to be Mexican, or be seen as Mexican. I had often told classmates that I was Native American, mostly embellishing that I was Navajo; a bigger nation that they might feel familiar with. But now, finding out I was Chumash, I finally had a legitimate nation to hang my identity on. It also gave me the excuse to learn more about the Chumash so I could further bury my Mexican identity. Ironically, as the Spanish Mission system deeply rooted itself in California development, there were times when the Chumash people found it easier/safer to identify themselves as Mexican, to avoid the harsh realities of being Native American (see, Act for the Government and Protection of Indians). And here I was, doing the opposite.

At my request my mom took me to the Polk Street Library so I could find books on the Chumash people. There wasn’t much in the way of information that could easily be accessed by a child, but that didn’t stop me! At that time in the early 90’s, there still wasn’t much rich information about the Chumash, other than that they were a “simple” hunter-gatherer society that wove beautiful baskets. The Los Angeles Museum of Natural History also conveyed rudimentary knowledge of this nation of First People. For me, though, any information was enough for me to deny my undeniable Mexican heritage.

Like most Mexican/Latino/Chicano families in Southern California, we ate pozole and menudo, claimed that my grandma’s tamales were better than your grandma’s, uncles and aunts were in Low Rider car clubs, and we gathered in huge numbers for holidays, birthdays, funerals, and regular Sundays. Everything stereotypical that cultures can produce and perpetuate, we did with Mexican flare. 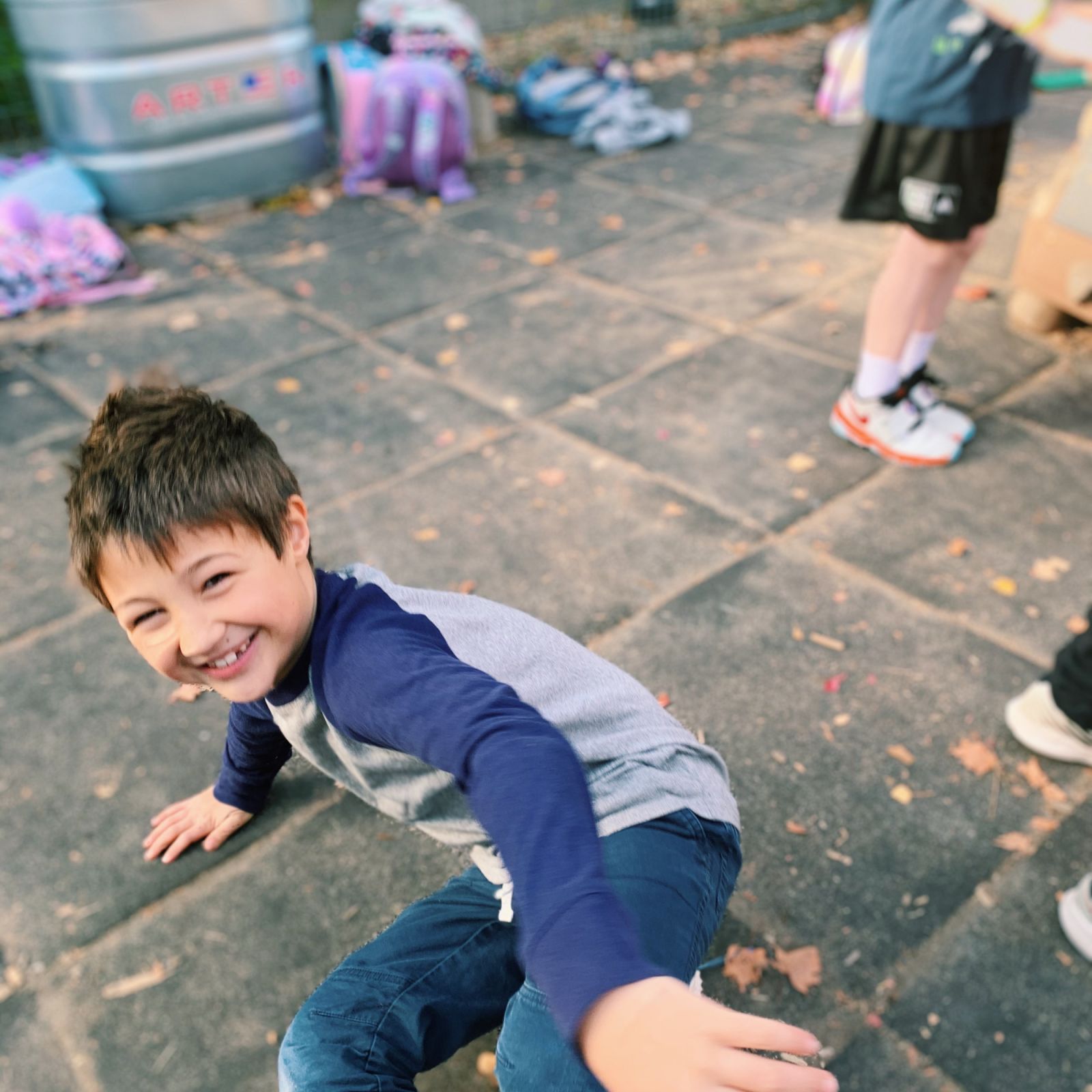 Yet, outside of my large family and home I did not want this to show. Being Chumash, being American Indian, is how I wanted the world to see me, especially my schoolmates. Growing up in the 90’s in the Los Angeles area was racially tense, and being seen as racially and/or culturally different than White wasn’t a good thing. There were numerous children who came and went from my school because they were children of migrant workers from all over Latin America. They were always harassed and bullied for speaking little to no English, or because of the “out of style” clothes they wore. Experiencing all this, I felt like being Native American was my refuge from the same discrimination my Latino/a peers faced.

Flash forward thirty-some years, and I am at a place where I feel obliged and obligated to honor both cultural and racial identities. Not only am I at that place emotionally and spiritually, but also physically. In Seattle, specifically at Hilltop, I love the fact that we are working to reframe the narrative about this time of year, Thanksgiving. I love that Columbus Day is being shifted to Indigenous People’s day, and this reframe is allowing us to shift the emphasis from celebrating genocide and invasion to celebrating our nation’s First People. I was floored on Indigenous People’s day when a father, whom I would consider more Native than me (whatever that means!), gave me a firm handshake and small embrace while saying, “Happy Indigenous People’s Day, Nick!” My belly felt like it had been on back-to-back elevator rides! I was being seen and acknowledged in a way that my child-self longed for. I felt I was being accepted.

I share this to remind us to be cognizant of why we celebrate some holidays. What does it mean for the identity of a people, a nation of people? What could it mean for the children in my class right now? What will it mean for generations to come? As an adult working with young children I find value and importance in making sure children are exposed to cultural celebrations that may be outside of their usual experience. It’s particularly effective when those celebrations can be shared authentically by members of that culture, like the families and educators of native heritage who brought their stories to our Indigenous Peoples Day celebration last month. The preschool years are a critical period for children to be exposed to cultural perspectives other than their own. It’s a chance to strive for balance and equitable representation, a chance for them to see that being human and being a citizen isn’t a one-size-fits-all concept.

Identifying our roots of identity can help us see where we came from, and most importantly, where we wish to go.

Nick is an educator with 2- to 3-year-olds at Hilltop Children’s Center.