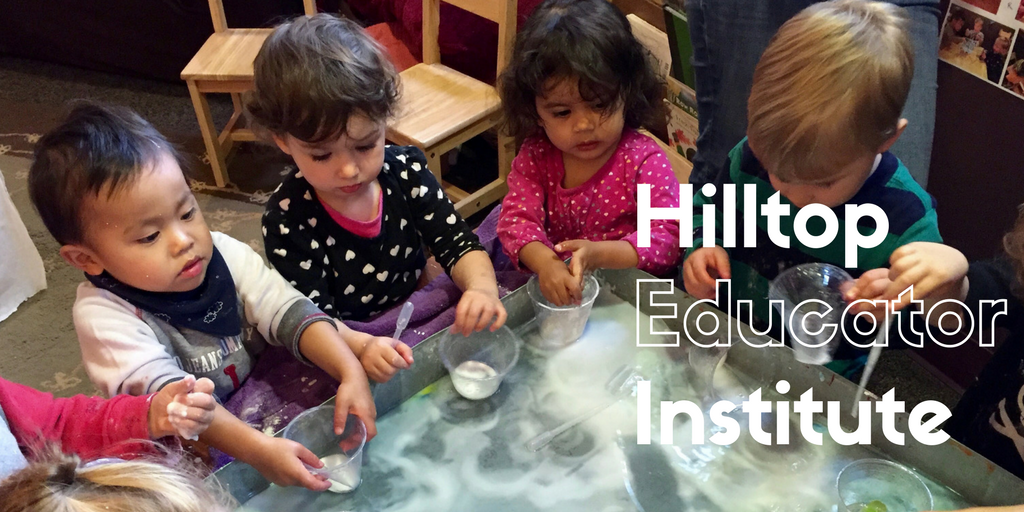 “Until you can recognize that you are living a racialized life and you’re having racialized experiences every moment of every day, you can’t actually engage people of other races around the idea of justice” – Whitney Dow

As part of the Hilltop Educators Institute’s commitment to equity and social justice, educators, administrators, parents and social activists from across the Pacific Northwest gathered for a workshop titled “Unpacking White Privilege in Schools and Classrooms.”  This event was held on January 20th, 2018, at the 2100 Building in the Mount Baker neighborhood, south of downtown Seattle.

Normalizing white experiences and perspectives invalidates the experiences of others.  Invalidating occurs when people deny how the color of one’s skin affects how people are treated, thus affording privileges to some and not to others.  ‘Whiteness’ can be seen to provide both “material and symbolic privilege to whites, those passing as white, and sometimes honorary whites.  It can also be used to implicitly exclude physical, mental, or emotional traits of ‘blackness’ or ‘brownness” (Audrey Thompson, 2001)

In today’s society, the manifestation of white supremacy and white privilege is often closely tied to examples of economic privilege.  According to the US Government Census in 2015:

As members of the middle or upper economic group, people are granted certain benefits based on their class – benefits not granted to folks situated in the lower classes.  Income disparity is just one way to measure privilege in society.  Unfortunately, there are others – some of which you’ve heard before, some you may  never have considered.  Privilege could be made visible in the following ways:

While Privilege may look and live differently from community to community, program to program, school to school, but the principles and values that guides the word ‘Privilege’ generally operate the same way.  Privilege largely operates below the surface of human consciousness, which influences the way that we view and treat others.  In history, we have witnessed how privilege has been used to advance one group of people over another.  One of the earliest example in U.S. History was the creation of the first census.  Used now as a way to “measure who is being excluded and what we are doing about it, the census originally helped shaped social divisions” according to Jean Cheng, co-producer of the PBS Special titled “RACE – The Power of an Illusion.”  How people were classified racially, directly determined their rights to material things such as property, and intangible things such as whether people were treated with dignity and respect.

Privilege and White Privilege permeates nearly every institution in our country.  Starting with the social construction of the idea of ‘race,’ whiteness, white supremacy, and white privilege has been used to damage progress and reinforce social and economic inequalities.

White privilege, as defined by the morning speaker Ilsa Govan from culturesconnecting.com, is “a system of unearned benefits afforded to those people classified as white.  These advantages are personal, cultural and institutional and provide greater access to resources and systemic power.  Although beneficial to white people, white privilege also leads to a form of internalized oppression as it distorts white people’s relationships and understanding.”  Through this interactive session, participants were able to explore how privilege operates, and were introduced to practical ways to acknowledge and incorporate positive racial thoughts, attitudes and strategies into classroom environments.

Why the need? Why now?

According to projections from the National Center for Education Statistics in 2014, the number of White students enrolled in public schools is projected to continue decreasing between fall 2014 and fall 2026 (from 24.9 million to 23.4 million). In 2026, White students are expected to account for 45 percent of total enrollment, as the enrollments of Hispanic students and Asian/Pacific Islander students continue to increase. Just over 10 years ago, in 2004, nearly 60 percent of public school students were white.

Therefore it is vital for educators to understand how privilege manifests in their lives, how it is made visible in their classrooms, and ways it is embedded in our institutions, if we as a society are to become culturally responsive individuals. We need to engage in multicultural and culturally responsive education, to reflect the changing student demographics as our classrooms become more diverse.

Theory is good but how does it live in my classroom and school?

What can teachers do to make sure they practice pedagogical individualism and promote the diversity that exists in society as a whole?  As a participant in the event, I came away with three specific strategies I’m hoping we can all incorporate in our classroom today to make sure each child is visible, valued, and validated:

Educators must be willing to reflect on their own actions and interactions. This requires a willingness to look at yourself and critically analyze what you are doing in the classroom, to avoid gender-stereotyping, avoid inadvertent racist remarks, or contributing to sexism.  Reflection is vital to our growth as human beings and as educators.  It can be highlighted in many different ways. Educators at Hilltop engage in reflective practice in a variety of ways.  They write blogs, they set aside time during team meetings to discuss intriguing or troublesome moments, they engage in year-long discussions of their own research questions. Some Hilltop educators design sessions to present at conferences and at faculty meetings, intended to shed a light on problems and opportunities that arise in their work.  Whatever form of reflection you choose to pursue, reflective practice can help you explore how privilege and bias impact children’s developing sense of themselves and the world around them.

Through the process of reciprocal planning –  building structures designed to uncover children’s interests and create curriculum based on the students’ interests and questions – educators are able to create and sustain a more inclusive classroom community.

Responsive Curriculum Planning has a strong focus on student learning.  As culturally responsive teachers grounded in this pedagogical practice, educators are able to utilize students’ culture as a vehicle for learning, often developing cultural competencies in their children as a result. Educators are able to relate the curriculum to students’ interests, their backgrounds, their cultural experiences, and their connections with their community.

Some of this planning shows up in the form of provocations: offerings in the classroom  that provoke thoughts, discussions, questions, interests, creativity and play. Provocations can also help to expand on a thought, project, idea or interest.  During weekly teaching team meetings, educators at Hilltop discuss the social-emotional state of the classroom as a whole and each individual child.  These meetings also aim to gain a better understanding of how the children are engaging with the provocations, each other and the environment.  Educators observe the children’s interests, and interject at appropriate times in order to deepen the children’s engagement with the materials.  This responsiveness allows educators the opportunity to have children of dominant groups “feel secure about who they are without feeling the need to feel superior to others” (Derman-Sparks & Ramsey, 2006), while allowing children “of the non-dominant culture (to) negotiate issues that may arise from the differences between their home culture and the dominant culture (Gonzalez-Mena, 2007) and learn to stand up for themselves in the face of injustice.

Educators should look for ways to incorporate families and their heritage into their classroom as well as encourage families to continue the work of highlighting the differences between people in a positive light at home.

A great way to accomplish this is by using children’s literature to provoke conversations on challenging topics.  Children’s literature offers opportunities to learn about, and rejoice in who we are as a diverse community.  Hilltop has advice on how you can build a comprehensive list of Anti-Bias books that you can share with families, that can lead to deeper collaboration, and partnership in support of children’s learning.  After all as literary stewards of our classrooms and homes, it is our responsibility to cultivate a more inclusive library collection.

In addition to books, Hilltop educators often invite families into their classroom to engage in work with the entire class.  This has been made visible in various ways including a “Guess Who” book that features pictures of everyone’s families, plus visitors to Hilltop.  The “Guess Who” book was an opportunity for the children to highlight and appreciate the differences in the various visitors that comes to their classroom throughout the year.  Another activity Hilltop educators used to engage families was a community-based art project where parents were invited to pose for pictures, with the children drawing them and their characteristics.  This project resulted in a school-wide art-show.  There have been field trips to places where parents work, including museums, libraries, and historical landmarks, which helped connect families with each other, and to connect them to the work in our classroom.  Experiences like these can deepen students’ understanding of each other, as they become increasingly aware of the personal and cultural contexts that shape them.

Michael is the Marketing and Events Coordinator for Hilltop Educator Institute, where he has worked since 2017.

**Many thanks to Kid’s Quest Museum – sponsors of the 2017-2018 Educator Discussion Series, Ilsa Govan from Cultures Connecting, and Fran Davidson, Nnenna Odim and Eula Scott Bynoe from the Praxis Institute, for facilitating the event. Thanks, also, to the Department of Education and Early Learning (DEEL) for sponsoring this event and all of our events this year for their early learning partners.  Don’t forget to join us for our next two events: