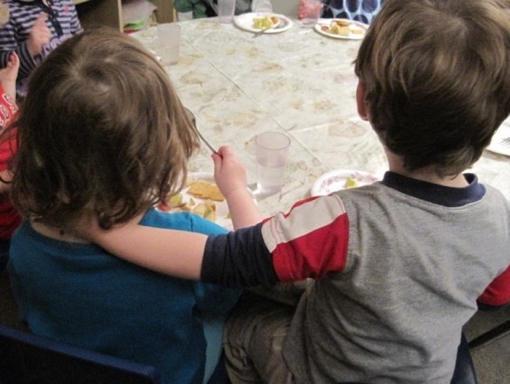 It’s happening: public awareness in the United States is catching up to the reality that gender identity is neither absolute nor binary. Well-known figures like Caitlyn Jenner and Laverne Cox have recently brought conversations about their transgender experience to the covers of magazines and to our social media newsfeeds. This publicity is helping more Americans understand that not everybody fits neatly into familiar categories, and that no two people on this planet do gender the exact same way. Meanwhile plenty of less famous folks are recognizing that they feel misgendered, or are experiencing gender dysphoria. 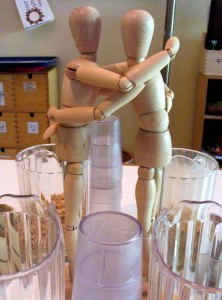 And many people – children included – are finding new freedom to describe their experience and to express their gender identity more accurately. Here at Hilltop, we’ve supported a number of children in recent years whose non-traditional gender expression sparks conversation in our classrooms. We know children whose play styles or clothing choices don’t match the stereotypes for their assigned gender. We know children who express dissatisfaction with their assigned gender, or describe a wish that they were different. And we know children who – with the support of their families, teachers, and classmates – have made a full transition of their gender identity during their time at Hilltop.

I’ve been saddened by the children in my classroom who – at age two or three – are comfortable sporting certain clothing or hairstyles, but then later abandon those preferences because of perceived misalignment with their gender. And I’ve been encouraged when whole classrooms of compassionate young children are understanding and even fiercely protective of their friends’ choices. I watched one community of preschoolers welcome their friend Carl, a boy who had long hair and wore dresses. When children from other classrooms asked questions or made comments on the playground, they were quick to support their friend: “Carl is a boy, and he wears a dress.” Then, when Carl asked his family and community to change the name and pronouns we used, the children easily adapted, and Carl became Julie, a girl in their class.

Meanwhile, the language we speak in the United States is catching up to the reality of gender diversity. The word “they” is used more and more widely “as a singular pronoun of choice by people who identify outside of or reject the male-female binary, and the binary pronouns he and she.” This according to Anne Curzan, Professor of English and Linguistics at the University of Michigan, and author of Gender Shifts in the History of English. In fact, earlier this month the American Dialect Society voted the singular “they” as the Word of the Year, specifically “its newer usage as an identifier for someone who may identify as non-binary in gender terms.”

So while the reality of the gender spectrum has always existed, awareness and public discourse about gender identity are changing right now. What are we doing – as early childhood educators – to keep up?

In 2016, Hilltop will welcome Talcott Broadhead to our Evening Discussion Series, for a conversation about gender identity and development in young children. Talcott is a social worker and author of the Polkadot book series for children, which celebrates the fact that “all gender identities are normal, valid, real, and beautiful.” 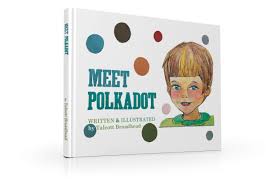 I’m looking forward to this discussion, because I know there are ways that Hilltop can continue to grow in our practices and policies, to better welcome and affirm gender-variant children and family members. And, equally importantly, I recognize that actively supporting gender diversity contributes to the healthy development of all the children in our community.

Some resources for Parents, Teachers, and Children:

So Your Child is Nonbinary: A Guide for Parents

3 thoughts on “ECE should pay attention to Caitlyn Jenner”