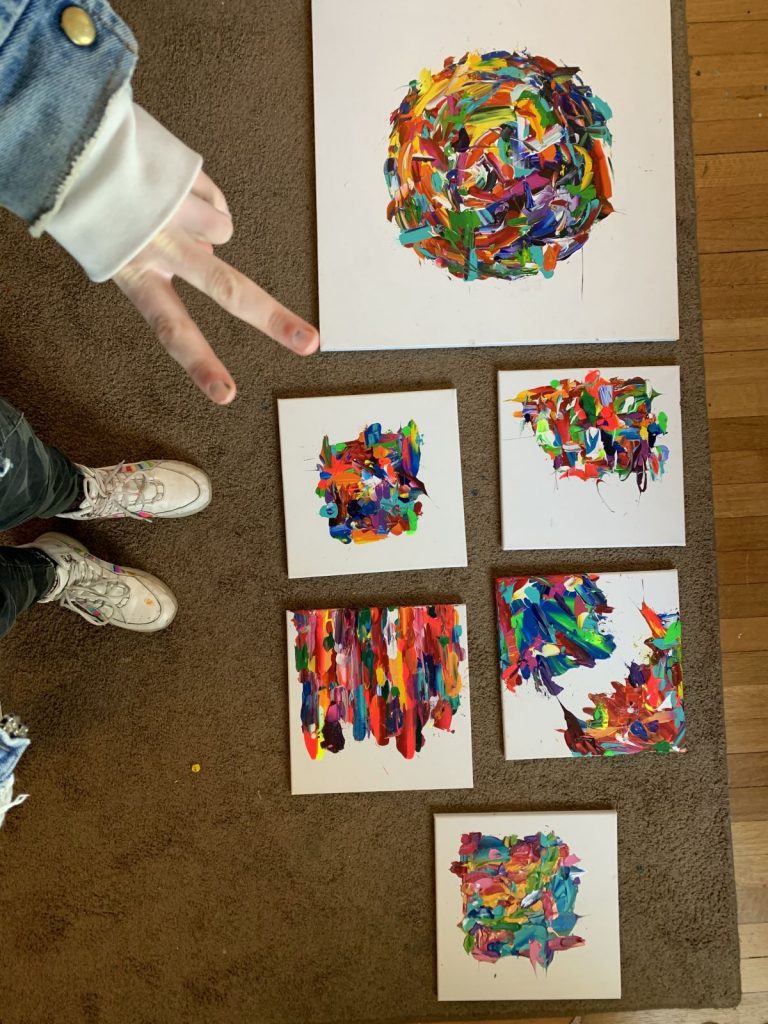 The suggestions below were written for families in one of Hilltop’s classrooms for two- and three-year-olds. We hope this may be useful to family members and parents who unexpectedly find themselves spending lots more time at home with young children.

As many of us are suddenly growing our skill of living, working, and raising children at home, all at once, I hope to highlight some of the sneaky ways educators at Hilltop encourage independence in children’s play. These tactics can not only help you to regain some semblance of sanity in this new dynamic, but also can help to build skills in your child that will allow them to delve into their imaginative inner lives.

First, let’s do some thinking about why it’s important for children to learn to play alone. A good place to start is thinking back to your own childhood. Where do you recall having the most fun, immersive play? Perhaps it involved other kids, siblings, or relatives, but think hard about those times you got to be on your own. What did you choose to play given time to yourself? Do the games you played reflect interests that continued for you as an adult, perhaps a penchant for dancing, drawing, building, or cooking showed up in your solitary play? What times of day did you find made it most possible to play alone?

Your child is now cultivating interests and questions that will lead them to find out the things that are most important to them. Our influence is helpful at times, but also can be a hindrance to the flexible thinking and resilience that can only come from working things out for oneself. Unlearning the instinct to be right beside our children and actively playing with them or helping them is a tough one, considering we had to play this role to help them learn, as well as survive, as infants and young toddlers. What a strange transition, to find that at a certain level of development our absence can be an equally powerful tool for growth. 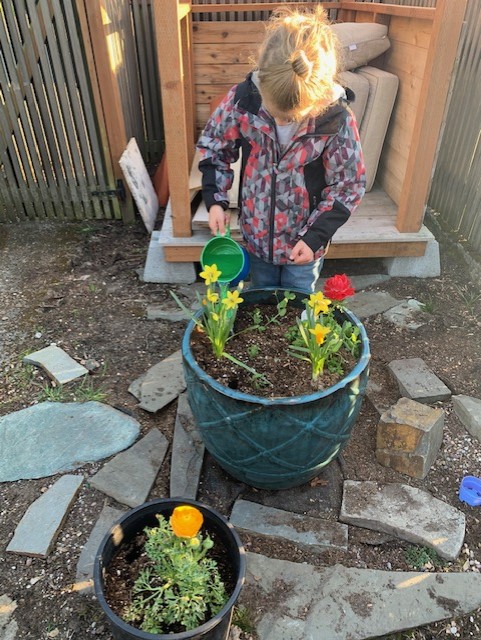 In a classroom setting, our attention is necessarily split many different ways, as we’re constantly tracking and responding to all the children in the group. In order to function successfully, we have developed strategies to help children to refocus their attention away from the educators, and onto their play and peers. A common scenario that plays out again and again happens when two children or more are playing a game, remaining engaged and interested, adding to and guiding the play collaboratively. Something amazing will happen, say the plane makes it to Hawaii in a dramatic play scenario, and the kids turn to the adult present and say “Yaaayy! We’re here!” I tend to feel a moment of uncertainty about directing their attention back to one another, but I try to. I’ll say something like “Wow! That’s so exciting! I’m not a part of that game, though. Do you want to share that with your friends?” My hesitancy comes from not wanting to make the children feel rejected by me, but keeping my tone light helps the children know that’s not my intention. Children are attuned to the fact that they get the most consistent, positive reinforcement of their play from adults. My response is an attempt to help the children develop channels for getting positive reinforcement and satisfaction from their peers, as well as themselves.

At home, especially in the midst of a stressful news cycle, trying to maintain a household, and do a job from home, it can be hard to be called to attention constantly (and I’m sure it is constant). It can help to think of varied perspectives on your child’s play. If they’ve built a structure out of blocks, could they then draw it? Could they make the same structure out of clay or playdough? Can the child be challenged or invited to work on this project alone as a surprise to you?

It’s incredible to see what happens when a child is left to solve a problem by themselves. In solitude, they can go through a range of emotions, leaving and returning to a game or project multiple times. Sometimes we can view these stops and starts in play as distractibility, which it is, but let’s bear in mind it’s a feature of early childhood play! Children gain resilience through these stops and starts: trying, failing, trying again, all while developing neural pathways for their next attempt. Think back to when your child learned to walk: attempting, falling, trying again, falling, adding elements such as cruising to guide and ease the process until they achieved it.

For some, the biggest challenge is developing your child’s capacity to simply play on their own for a while. Here are some strategies and steps that might help scaffold the development of self-directed play:

Solitary, self-directed play is key in this strange time. Being transparent with your child about the reasons you need time to yourself is hugely important. We adults need space to recharge and recreate, to work, and to care for ourselves and each other, and your child does too! Acknowledging that everyone in the house needs times of engaging and times of being quiet is really important, and a great opportunity to develop a practice of these varied types of play.

Cassie T. is an educator with 2- to 3-year-olds at Hilltop Children’s Center.

Can’t make it to Hilltop? How about Hilltop comes to you! If you’re in need of a keynote, a speaker for your conference, a presenter for your in-service day, or a facilitator for Hilltop, contact us at institute@hilltopcc.org to discuss how we can support you and your educators develop structures and capacity that enhance reflection and uphold program values. Interested in visiting Hilltop? Join us for either a Study Day or a multi-day visit to Hilltop to see child-centered and reflective practice in action.  Talk directly with program leaders and educators from Hilltop classrooms, witness real-life examples of successful long-term project work with young children and closely study and discuss effective structures for values-based Administrative Practices.  For more info, email Mike at institute@hilltopcc.org or visit our website.