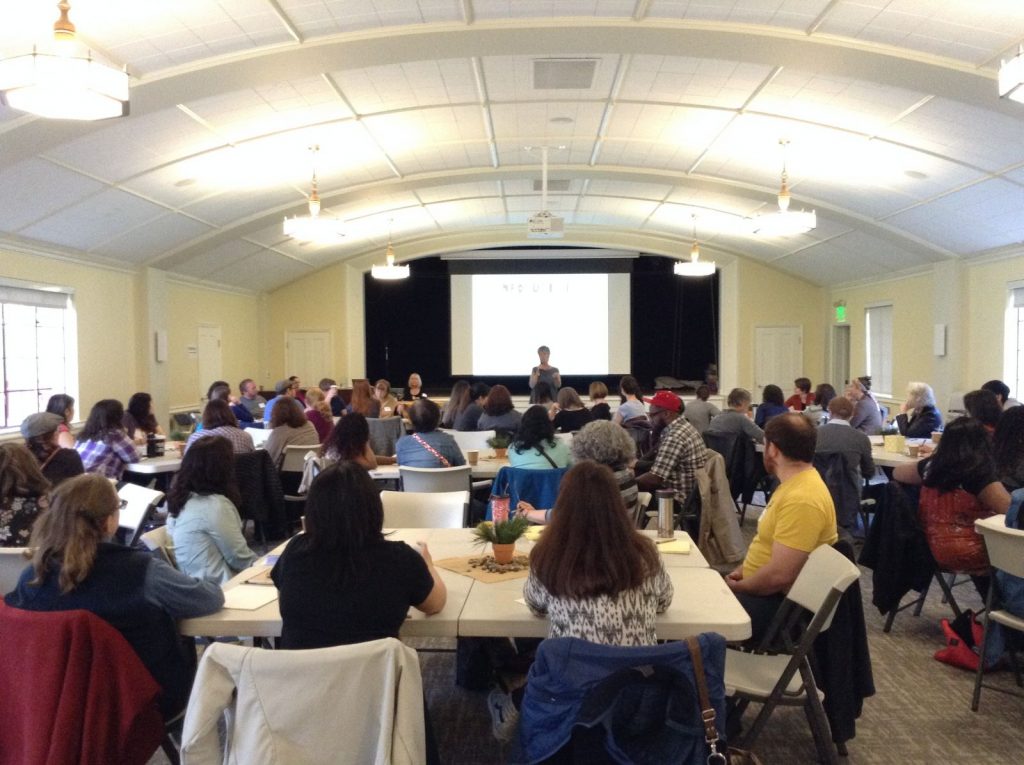 Intersectionality: Young and Black but Male and Privileged?

When explaining what White Privilege is in 2018, I often compare it to how New Yorkers interact with others in comparison to how Seattleites interacts with people.  In New York, where I’m from, we’re a straight-shooter type of city.  If we’re mean, we’re mean to your face.  If we like you, you know it.  You feel it.  You see it.  There’s no ‘Da Vinci Code’ to crack.  In Seattle, in my experience, it’s much more subtle (almost like a cold, distant freeze).  You have to solve a Rubik’s Cube just to figure out a person’s true intentions.  When racism and White Privilege are placed on a spectrum of visible to unacknowledged, blatant to subtle, New Yorkers to Seattleites, it leans far more west towards subtle than it does east.

White Privilege is something that largely operates below the surface of human consciousness which influences the way that we see and treat others.  And unless you’re cognizant of it, you don’t realize that it is present everywhere!  It’s embedded in the very fabric of our society – in nearly every institution, in our government, turn on the Oscars or Golden Globes and you’ll even see it there.  And while some of those things seem far from our daily lives, if you truly pay attention to your surroundings, you’ll see that it’s actually much more closer than you think.

We, including myself often display our biases outwardly, by either how we gather information or by reinterpreting it in a biased way (also known as confirmation bias).  We also sometimes tend to subconsciously and covertly act upon our biases.  Long gone (relatively speaking) are the days where we actively taught our kids to be racist.  Books that promote injustices are increasingly being banned in public libraries by the American Library Association, with some schools electing to follow suit.  Even blatant acts of racism and intolerance, such as Hollywood producing movies with white actors in blackface has eventually phased out.  The same, to an extent, can be said about how we no longer overtly teach our children to use their skin color as leverage or teach them to conform to the Eurocentric standards of beauty in order to thrive in the world.  So how is it that our children are still growing up to become racist, biased or prejudiced?  The truth is not teaching our kids NOT to be racist, is the same as teaching them TO BE racist both subconsciously and innately.  Unless we actively teach them to work against racism, they inevitably will become part of the system that perpetuates it.

Back in August of 2017, when we were putting together the lineup for the Educator Discussion Series, and announced our theme of anti-bias education, someone reached out to me and said “Mike, I’m not sure why you’re making this all about race?  I appreciate the difference in people, and I know many of my colleagues do too.” 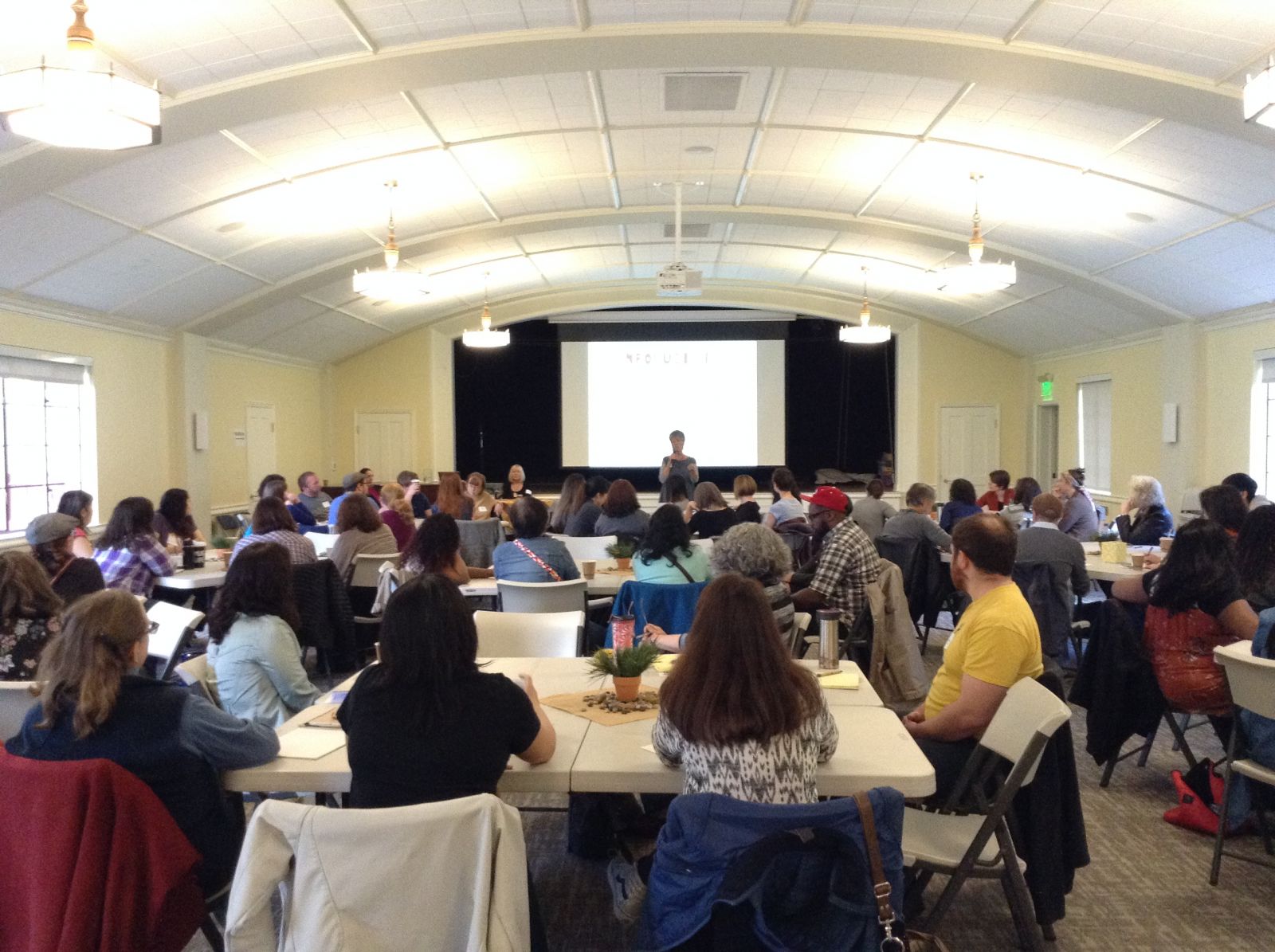 And to a point, she’s right.  Looking at our slate of events, we are focusing on race, religion, abilities and rights.  “But the thing is,” I remember telling her, “the goal isn’t simply to make the 400 or so individuals who are projected to attend our events ‘less racist.’  It’s about providing people, places and communities a toolset.  A toolset to apply a racial equity lens to their work, to not only bring about awareness to our biases, but to reshape the way we live and navigate the world and how we interact with one another.  That’s the true goal of this series.”

Did she ever understand?  Who knows?  I never got another reply.  But soon after sending that, I began to take a deeper look at the words I said, and realized I made a common mistake.  I mentioned that our biases are rooted in the color of your skin, but it’s so much more than that.  It extends to other kinds of privilege as well.

As a male, there are advantages that I gain in this society from having broad shoulders and a beard (even though one of our kiddos asked me the other day if I identified as a female because I have long hair).  Men constantly work in a state of oblivion.  Oblivious to how we are able to speak or behave without any regard of the audience or environment around us.  Oblivious of the power we wield not necessarily based on merit, but because of the sociological factors and advantages associated with appearing male.  Oblivious to how even when we decide to become aware and use gender-neutral terms, we still give preference to “he,” “him,” “his,” before asking for their gender-preferred pronoun.

As a man, I can say from my own personal experience, that what makes privilege of any kind so dangerous is how easily we deny its existence.  Through denial, we protect the privileges we hold from being fully acknowledged, thus preventing it from truly ending. After watching a video on intersectionality at our last in-service day (staff training) at Hilltop, it became even more apparent how little regard I gave to my male privilege.  In the Hilltop spirit of learning with a lens of inquiry, the following night after our in-service day, I tried my hand at a scientific observation.  I attempted to keep track of how many times male privilege and gender norms were present during a night out in the town with a group of friends.

Spoiler alert: The results are as you expected.  It was a lot.

In a mixed-gender group with numbers split down the middle – 3 males, 3 females – the men in the group seemingly dominated the majority of the conversation throughout the night, often talking over our female counterparts or stirring the conversation to get one’s point across – Male Privilege #1.  An older gentlemen, a passer-by, stopped and offered his comment of “that’s not very lady-like” after overhearing one of the women in the group curse – Male Privilege #2. Lastly, and probably the most disturbing example of male privilege and certainly emblematic of a male dominated culture, was when the bartender pulled me aside and asked me “What’s her problem? Why is she so prude?” after my female friend decided not to give him her number – Male Privilege #3.

These examples of male privileges are good examples of how privilege as a whole operates within our society.  It’s not something we sit and talk about.  It’s not something we grow up learning about.  It’s just there, implanting its message of how we can or cannot act.  Telling us how to maneuver in this world to get ahead.  Creating systemic gaps to keep one race, one gender, one group of individuals down, and one ahead.  Most people aren’t taught to recognize it.  But now that I’m aware, and see how prevalent it is in society, I have no choice but to use my privilege to lessen it, and hopefully by brining this to your attention, so will you, because, in the word’s of Oprah – Time’s Up. Which finally brings me to the point that I am trying to make…

We aren’t often trained in this.  We aren’t trained in recognizing and realizing that we are complicit oppressors.  We don’t usually recognize on a daily basis just how much we benefit from these unsung advantages, whether it be from our male privilege, our white privilege, or any of the possible privileges our there.  As a male, I understand that I am granted certain ‘ups’ in this world.  I will earn 21 more cents to the dollar compared to women.  I am, according to a recent NY Times article, more likely to receive CPR outside of the hospital compared to women.

In the words of Peggy McIntosh, who is well-known for her groundbreaking research paper in the 1980s on white privilege, “Everyone has both earned and unearned advantages and disadvantages.  People who are aware of that can choose to take actions that weakens the systems that distributes advantage and disadvantage unfairly.”  We can rally in Seattle, and we can lobby in DC.  We can paint signs and email our legislators.  But if we are to take ownership and make real change, we have to attack white privilege in the systems where it thrives.  Seattle, we can’t wait to unpack it until we’re 25 years old, we have to make sure we unpack it while we’re young.  We must Unpack Our White Privilege in our Schools and Classrooms.

While most anti-bias curriculums begins by focusing on the children and families – creating the foundation for valuing differences – some organizations forget to focus on the staff that represents their programs.  By raising awareness about white privilege and institutional racism, schools can implement strategies to create an equitable learning environment to ensure each child is visible, validated, and valued.  On January 20th, 2018 we identify ways white allies and people of color can work together to reform systems and engage in culturally responsive practices with young children by “Unpacking White Privilege in Schools and Classrooms.”

As part of our Educator Discussion Series which features discussion and presentations on: language equity and education policy, the science behind how children form their identity, how documentation and pedagogical narration affords opportunities for social justice, and our cultural intelligence to help break down the disconnect between learning preferences and learning environments that must be bridged before we can Cultivate the Genius of Black Children and close the achievement gap, we are redoubling our commitment to creating equitable educational experiences for all students, faculty, staff, and parents.  Interested in building an anti-bias curriculum?  Email Mike at institute@hilltopcc.org for more information.

4 thoughts on “Intersectionality: Young and Black but Male and Privileged?”