Just like the other classrooms at Hilltop, the Spanish program is child-centered, play-based, and rooted in emergent curriculum. Children learn, practice, and explore Spanish in an immersion environment, with vocabulary that is relevant to their interests and their classroom context. By representing and re-representing language through dramatic play, art, and literature, children absorb and test their understanding of Spanish.

Story from the Classroom: Emergent Curriculum and Language-Learning

Every once in a while a Spanish word will come up that kids notice sounds similar to a word in English, known as a cognate. When kids notice the similarity they usually talk about how it’s funny that the two words sound the same. Recently this idea kept popping up so I decided to give it a nudge and see what might come of it. Using a pile of different vocabulary words from games that we’ve played throughout the year I asked kids to tell me if the Spanish word reminded them of a similar meaning English word. Each class that did this activity ended up making three piles of words: a yes, no and an unsure pile. It was an interesting process and I was surprised that there was as much debate amongst the kids as there was.

Why do you think words like luna and buho were put in the yes pile but hamburguesa wasn’t? I wonder if luna and buho were included in the yeses because they were recent vocabulary words and familiar to all the kids whereas hamburguesa is a word we haven’t used as often. In the end there were a lot of agreed upon yeses and kids drew pictures as a way to record these kinds of words. As the kids drew they thought of other words that we hadn’t sorted, like  pijama and familia, and added them to our collection.

The pictures have been labeled and are displayed in the studio. I’ve noticed they are used as reference for kids during class and new words are being thought up (and added) fairly often. I like the way that this collection has kept growing and I’m excited to see what happens with these words next. 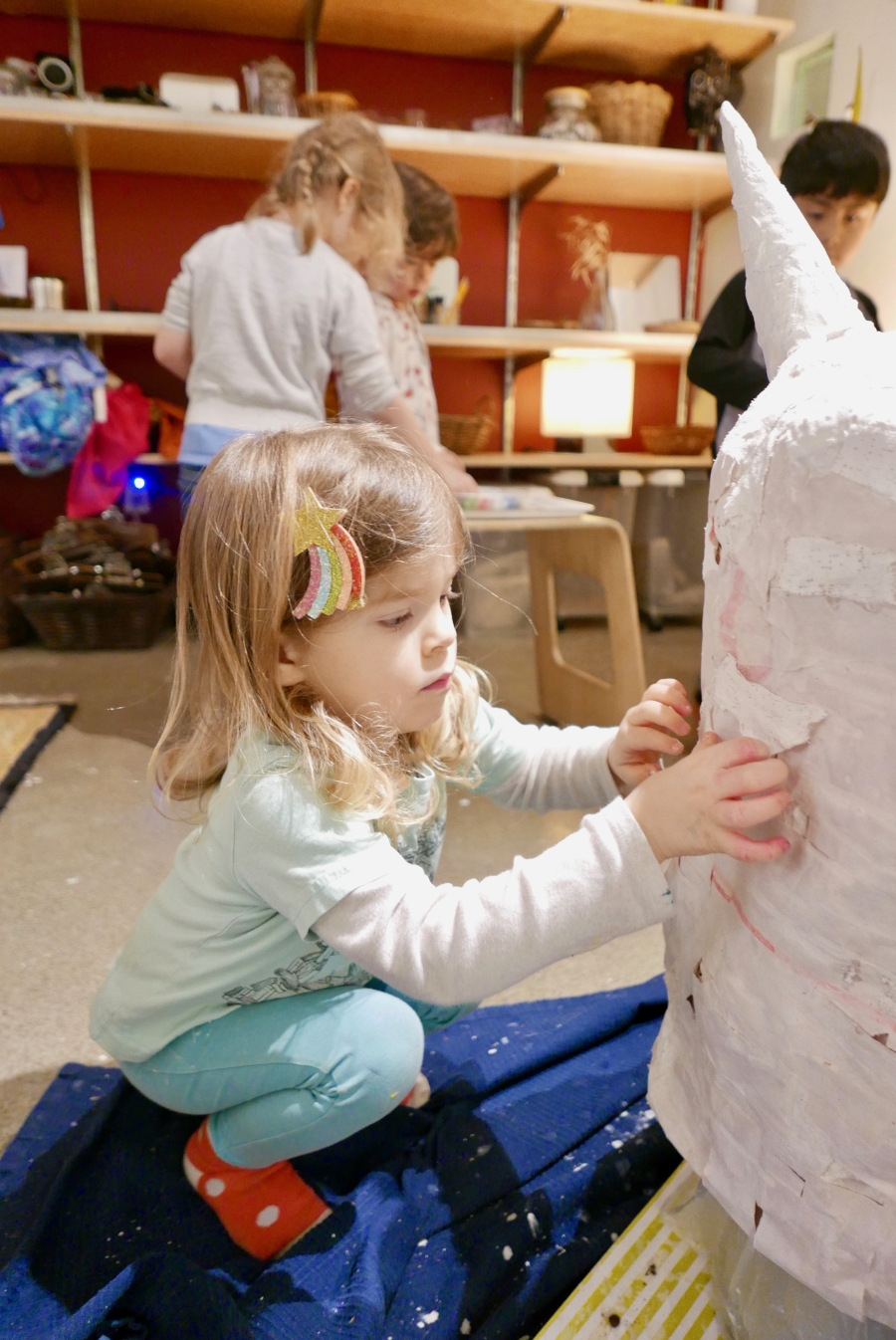 How do parents know what’s going on in class?

Curriculum, stories, pictures and updates are posted on the Spanish Blog where parents are encouraged to share their thoughts. Families are also free to stop by the Spanish Studio to see projects that kids are working on or to touch base with the teacher.

Are there levels to the class?

Because of the format of the class, children of all levels (from beginner to native speaker) thrive and learn.

How do I enroll my child?

Children in Rainbow, Raindrop, and Big Kids are automatically enrolled. Families in Mountain, Sunlight, River, and Beach should contact the Administrative Coordinator for the registration form.